About the Artist | Custom Greeting Cards 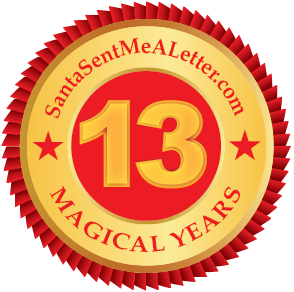 OUR 2019 SEASON HAS COME TO AN END. THANK YOU FOR YOUR LOYALTY AND ORDERS. REMEMBER, IF YOU DON'T RECEIVE YOUR ORDER WITHIN 10 DAYS OF RECEIVING YOUR EMAIL CONFIRMATION, PLEASE WRITE US.

HAVE A MERRY CHRISTMAS AND A HAPPY NEW YEAR!!

SEE YOU NEXT YEAR!

Santa and Mrs. Claus have all new stories to tell this year. All you need to do is find a template that you like and personalize it with our easy online letter editor!

You'll get a FREE PREVIEW of your letter before you place your order!